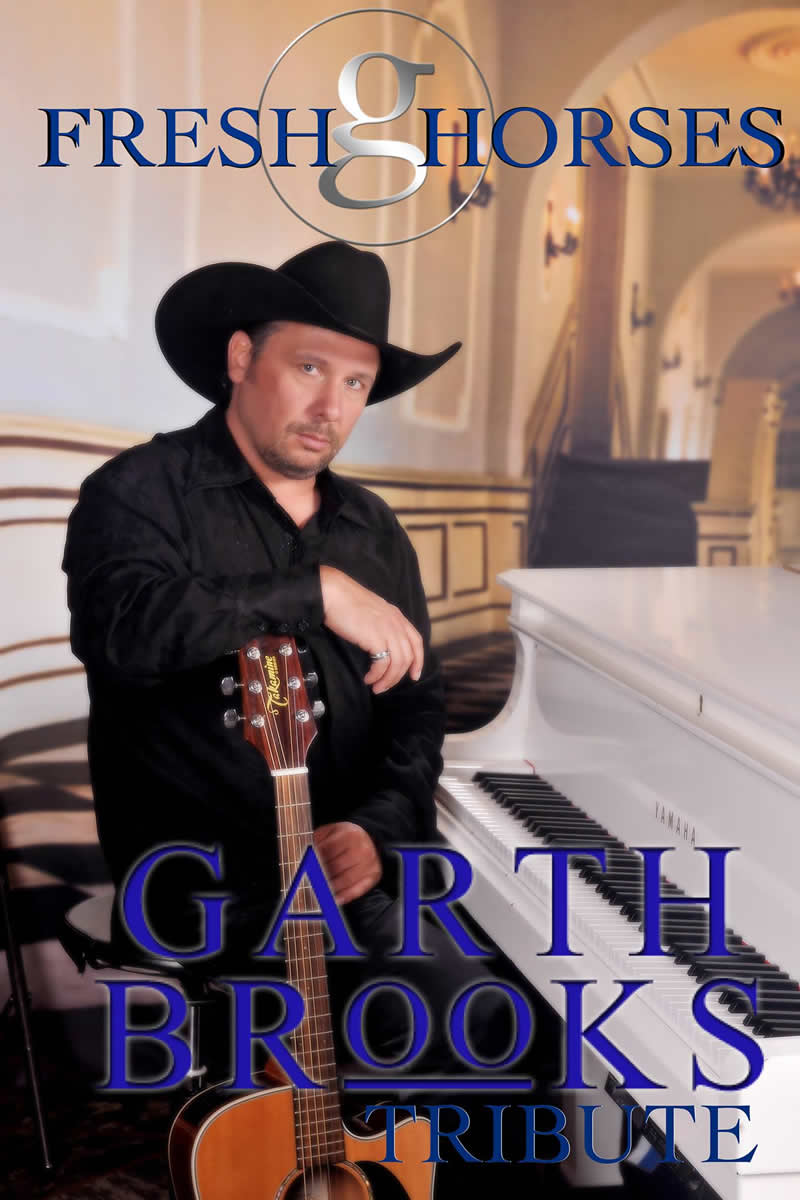 Fresh Horses, a high-energy show that features songs of Garth Brooks is the ultimate tribute to the country legend. Named from the 1995 album that featured ” The Change ” a song dedicated to families of the Oklahoma Bombing is a song that deeply impacted Smith. The band has received excellent reviews and developed a huge fan following. The lead singer of Fresh Horses Garth Brooks Tribute is Les Smith, who looks and sounds so much like Garth that many who have seen the show forget they are watching a tribute band. Les says he has heard about how much he looks like Garth for years, especially after he cut his hair and put on a cowboy hat when he began playing country music nearly 20 years ago. He began performing Garth’s songs casually with five other band members until he was approached by an agent who encouraged him to improve the act and take it on the road as a tribute to Garth.

They have performed throughout the United States and Canada ever since. Les says their particular fan base is smaller communities as they seem to have a “die-hard love of country music and Garth Brooks”. Fans can also expect to hear not only Garth’s most popular songs, but some that may be less recognizable as well. “Ive had the priviledge to sing music that has a meaning and message behind it, that’s a rare thing theses days..”

Coming from a heavy rock background Smith identified with the passion and live performance of Garth Brooks and admired his flame for bringing a new live sensation to country music.